Longitudinally speaking, not much separating the two.

Unless, of course, you examine the whole time zone thing.

Thing is, the central time zone is just a hop, skip and jump away.

Right across the Chattahoochee River. (So maybe not a hop, skip, and jump. Maybe a swim.) 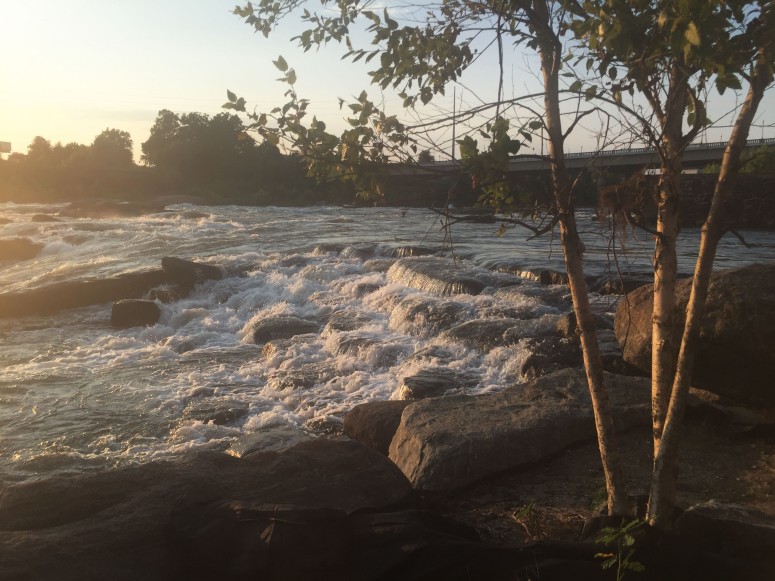 At any rate, what this means to me is that sunrise is slow in coming.

Sunrise in Columbus today—7:55 am.

I’m watching GMA in the dark. For almost an hour.

I have to turn on the lights to make coffee. 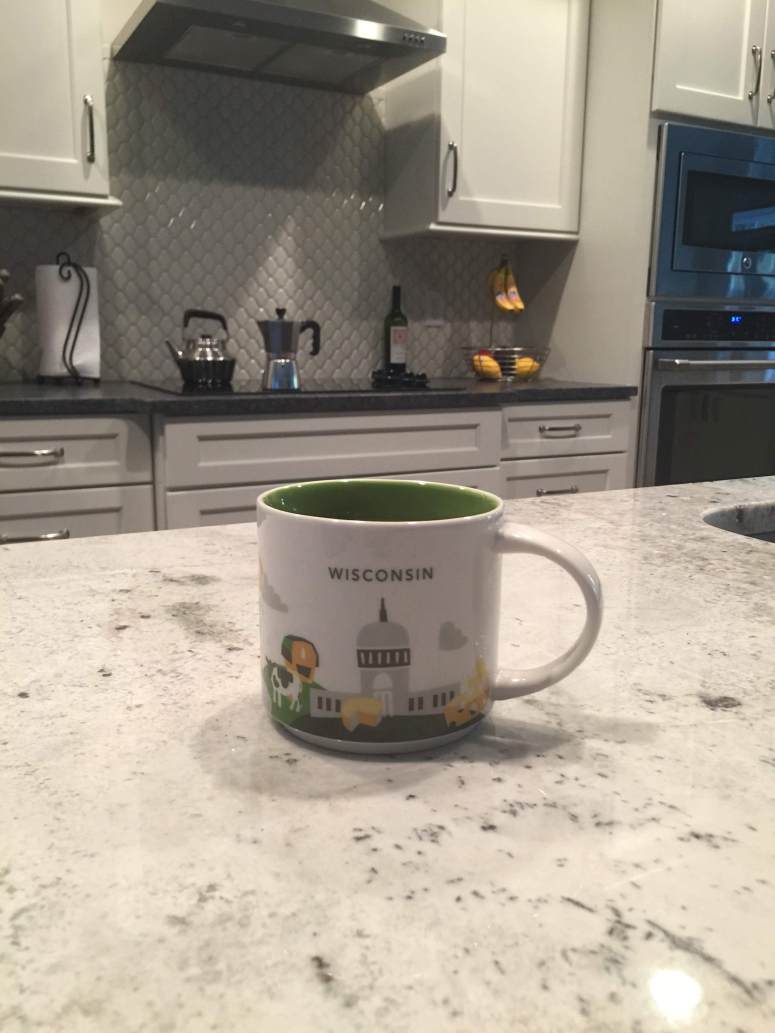 The real differences though?

The real differences seem to be part of the latitude difference.

So latitudinally speaking, things are different down here in the south.

Let’s start with the houses. 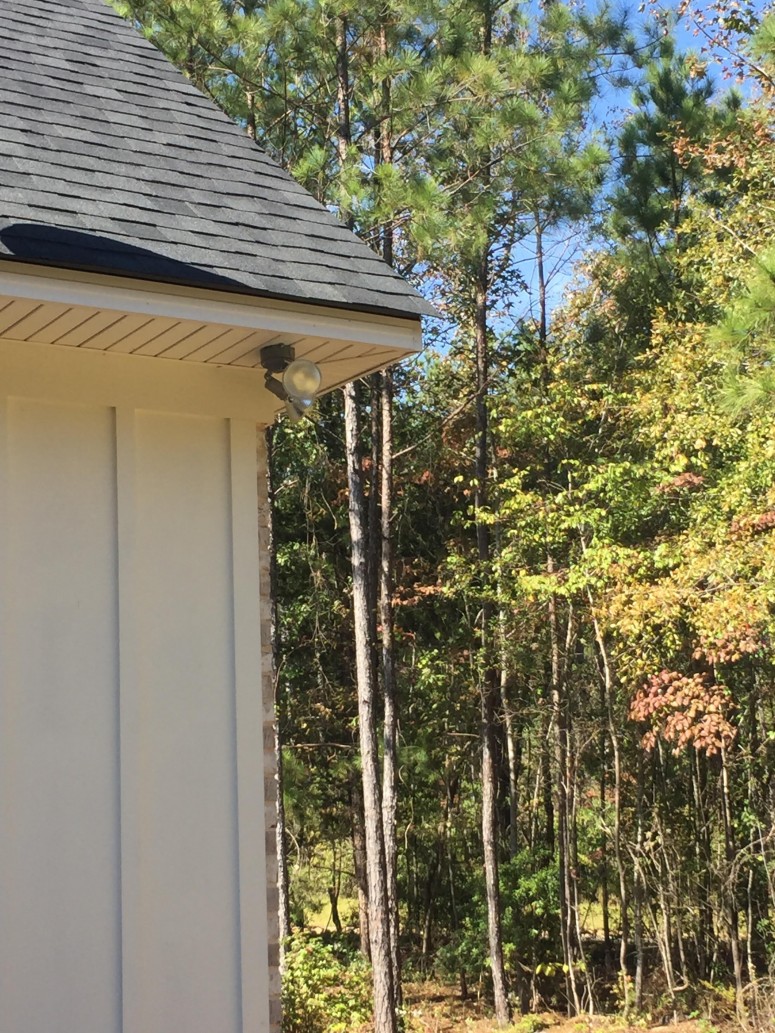 It wasn’t an oversight.

We are not the only ‘eavestroughless’ house in the hood. Most houses are without them. We have now created a ‘Things We Need for the House” list.

Guess what else is missing.

I mean I would get it if it were winter in Wisconsin. For the past 28 years, I have routinely removed the screens each fall, and then washed them off and put them back on each spring.

This past spring my husband helped (first time ever).  My method of filling a pail with warm, soapy water and wiping down each screen on both sides before rinsing and drying them, takes a whole lot more time than when my husband uses the power washer. That certainly was a timesaver. Where has he been the past 28 years?

Screens are #2 on the list of ‘Things We Need for the House”.

No more oversized, heated (although that’s probably not needed) garage with hot and cold running water and floor drains.

Somebody had to do a lot of purging of  important items to get everything to fit in this garage. 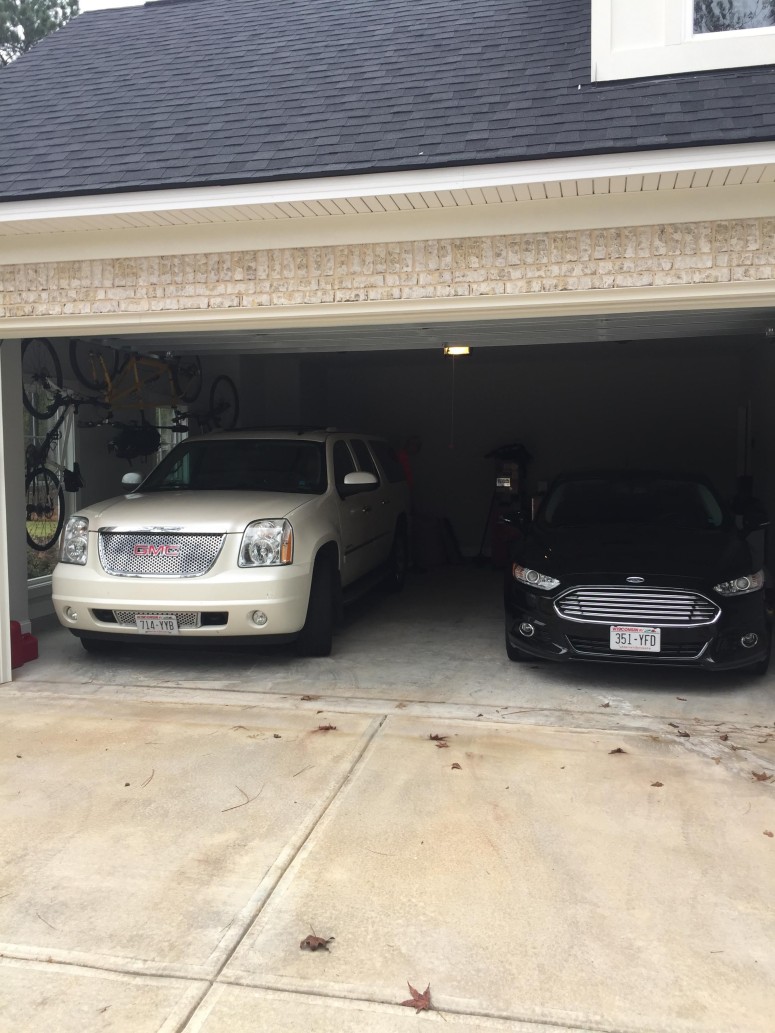 And to be honest, not everything fits in the garage. 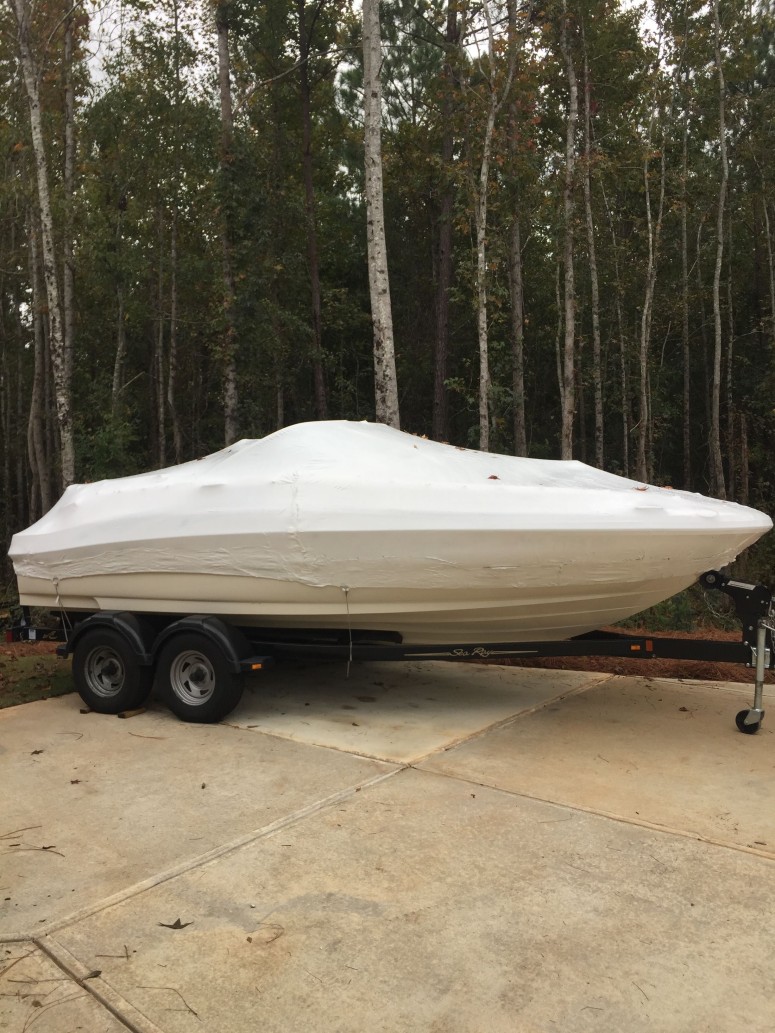 Of course we could put items in the basements.

We don’t have a basement.  Basements apparently aren’t a thing. (Snuck that one right in there, didn’t I?)

On the bright side, I am enjoying the lack of billboards. Traveling I41 between Fond du Lac and Neenah there are more billboards than I can count on my fingers and toes.

Nothing but trees between Waverly Hall and Columbus.

And then there are the schools.

Yep. That’s right. You heard me. There are schools down south.

They all look new.

The last school I taught in in Neenah was built in 1928.

And now for the obvious.

Not to make my Wisconsin friends feel bad—I mean we all know it’s warmer down here, so I am not going to rub it in by saying I am sitting out on the porch writing this. Wearing shorts.

But what I don’t understand is this:

The calendar says November, which means fall. I get that. But…it’s still in the 70’s most days.

So I’m still wearing shorts and t-shirts—really struggling to understand the jeans, sweaters, and boots (the fashion kind, not the snow kind) I’m seeing when it’s 70 some degrees outside.

I’m not even wearing socks yet.

Lots of churches down here, too. Must be part of the Bible Belt I’ve heard so much about. Tons of Baptist, Methodist, and non denominational churches.

Just not many Lutheran churches.

And not a single contemporary Lutheran.

Despite the fact it’s hard to find a Lutheran (wink-wink), people are incredibly kind and respectful. I’m being ‘blessed’ an awful lot for doing very ordinary things.

Or telling people to have a good day.

And Reed was getting concerned that people were confused about his name, as he was being called Mr. Reed. It finally all clicked when I was called Miss Karen.

Yeah. You know what I’m talking about.

I love the southern drawl, but I told Reed if I ever said “y’all” he could kick me in the shin.