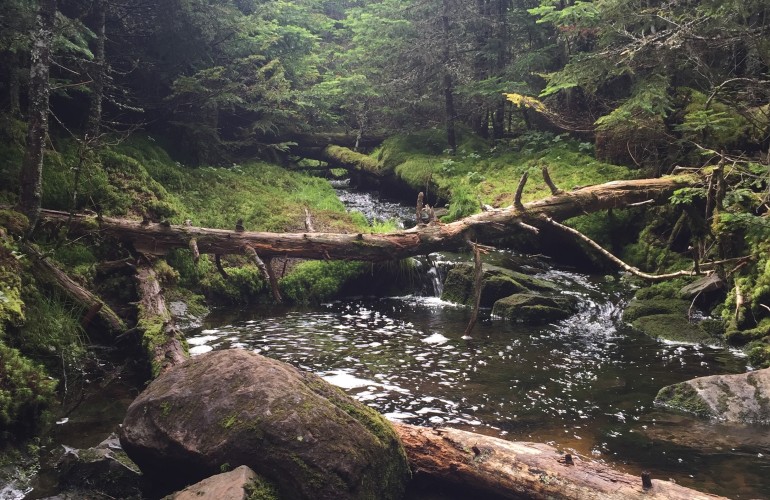 And each year, I am confronted with a decision to be made. Do I let the week go by unacknowledged or do I address it?

In spite of the trepidation I feel, I am choosing to write about it, as I am fully aware of the injustice I would be doing to all who are suffering if I didn’t.

After all, the purpose of this week is to create awareness.

To start conversations. Conversations that may be uncomfortable and scary.

And I am in a position to start a conversation, even though it is uncomfortable and scary for me to do so.

According to NEDA’s website, “30 million Americans will struggle with a full-blown eating disorder and millions more will battle food and body image issues that have untold negative impacts on their lives.”

In other words, you know someone who is struggling—I believe this is especially true if you are a teacher or a coach or a parent of a teenager. What complicates the matter is that eating disorders are not always detectable by outward appearance and many who suffer do not want to be found out.

My own story is typical in many regards.

I was a perfectionist with a need for routine and organization.

My self worth emanated from my accomplishments.

I wanted to be liked by everyone, so I avoided conflict at all cost.

I desperately needed to feel special.

I was the perfect child.

At the onset of my illness, I was an 8th grader who had the world at her fingertips. I was a regular on the A Honor Roll while taking advanced classes; I was a cheerleader, I played basketball, and ran track. I was a first chair clarinet player, chosen as a soloist and selected for symphony orchestra.

I was not overweight. I don’t remember having a negative body image. I have no idea why I chose to go on a diet the summer before I started my freshman year, but I did.

At some point, I began equating being thin to being perfect, so the thinner I could be, the more perfect I would become.

My life quickly spiraled out of control, as I got caught in a cycle of destructive behaviors that consumed every waking hour of every day for years and years and years.

My secret was well hidden (or so I believed at the time) until the beginning of my junior year of high school, when I fainted during gym class. I was fortunate the teacher in whose class I fainted, made it a point to get involved in my life.

She started the conversation.

She made a difference; in all honesty, she more than likely saved my life.

The road to recovery was arduous—I had three long term hospitalizations under my belt by the time I was 19.

The atypical part of my story is the subsequent relapse decades later.

So here’s what I  need you to know:

Early detection and intervention are crucial for recovery. Don’t be afraid to start a conversation. A life could be saved.

Interested in the the warning signs? Read more here.

An eating disorder isn’t such a big deal

if you’ve never fallen victim to one.

After all, how could an illness

be anything more than a passing phase,

a choice to be made,

or a teenage craze?

No, an eating disorder isn’t such a big deal

living in a hell

you’ve created by your own doing.

If you don’t mind spending

of every single day

(and more often than not,

consumed by thoughts so inconceivable

No, an eating disorder isn’t such a big deal,

counting the calories in toothpaste

or on a postage stamp,

restricting food so you are hungry

and think about food

If you don’t mind exercising to punish your body

or hiding food in garbage bags

tucked away in the back of your closet,

or swallowing bottles of laxatives

or syrup of ipecac because you were weak

and ate ice cream or a cookie or a piece of cake.

and letting the number determine you self worth.

If you don’t mind measuring yourself every night

and leaving the window open and covers off

If you don’t mind being too weak

to crawl out of bed to get to the bathroom in time.

If you don’t mind systematically

or embracing the emptiness in your stomach

because the emptiness in your stomach

is easier to acknowledge

than the emptiness you feel in your life.

Nope. Not a big deal at all,

because you are afraid people will see you

for who you are

and who you aren’t,

because you feel you are unworthy of being loved,

because you feel alone

and so very out of contol

and you have no idea how to

No, it’s really not a big deal

striving for perfection in all that you do,

and feeling like a failure in all that you do

because perfection was never meant to be attained.

No, really, an eating disorder is nothing serious at all,

if you don’t mind a life filled with

and the deprecation and abomination

that the best way to be noticed

is to simply disappear?

That the best way to feel in control

is to completely lose it?

until you or someone you love

is under its control.

And for today’s entertainment (and tonight’s eating) I give you Kouign-Amann! Logan’s GF Sarah made this when they visited last month. Today’s chilly temps encouraged me to give it a try. Lengthy process, but so worth it!#notcallingmyselfapastrychefyet
LOOK WHAT I MADE! Feeling all kinds of fancy. Made the poolish (yeah...it’s bread making terminology...check out the second picture) last night and completed the rest of the steps today. My house is smelling all kinds of wonderful. Learning so much about the process by reading Ken Forkish’s book Flour, Water, Salt, Yeast. Who knew there were so many different kinds of bread you could make from just 4 ingredients. #bread #breadmaking #allthecarbs
This is probably going to become a thing. I mean it’s that good. Avocado toast with sautéed mushrooms and a rather generous drizzle of buffalo sauce (because, well, it’s buffalo sauce). #avocadotoast #buffalosauceoneverything
Beyond grateful to have all three children along with their significance others here to bring in the new year!
%d bloggers like this: