Have you ever seen a cashew in its shell?

Do you know why you’ve never seen a cashew in its shell?

According to whfoods.org, cashews are always sold shelled because the interior of the shells contains a caustic resin, which must be removed before the nuts are fit for consumption. Apparently, caustic resin is used in industry to make varnishes and insecticides.

I wonder who discovered that little tidbit of information.

Anyway, I am so grateful that the low fat diet craze is over! You can now enjoy cashews (and  all sorts of nuts) guilt free, as they are incredibly good for you!

Cashews are also high in antioxidants. Antioxidants are micronutrients that protect tissues in your body.

Cashews are low in cholesterol and sodium, plus they’re a good source of magnesium, phosphorus, copper and manganese.

Best of all, recent studies have shown that people who regularly consume nuts are at a lower risk of gaining weight.

Plus, they taste so incredibly good!

I know I have been doing my fair share of consuming cashews. I absolutely LOVE raw cashews, and eat them by the handful. As a vegan, I also use them quite a bit to make “cheese” type sauces. And now, I’ve discovered cashew milk. What a wonderful world.

This past week, I decided to play around with one of my favorite breakfast recipes. Typically, I make this with almond milk and peanut butter. Substituting cashew milk and cashew butter took it to a whole new level. 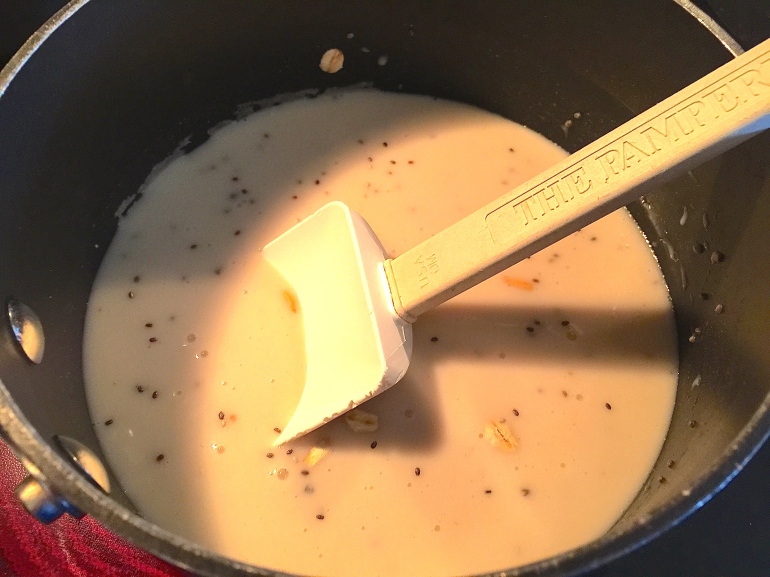 While the oatmeal is cooking, put 1/2 of a ripe banana and cashew butter in a mini-processor, or a blender cup. 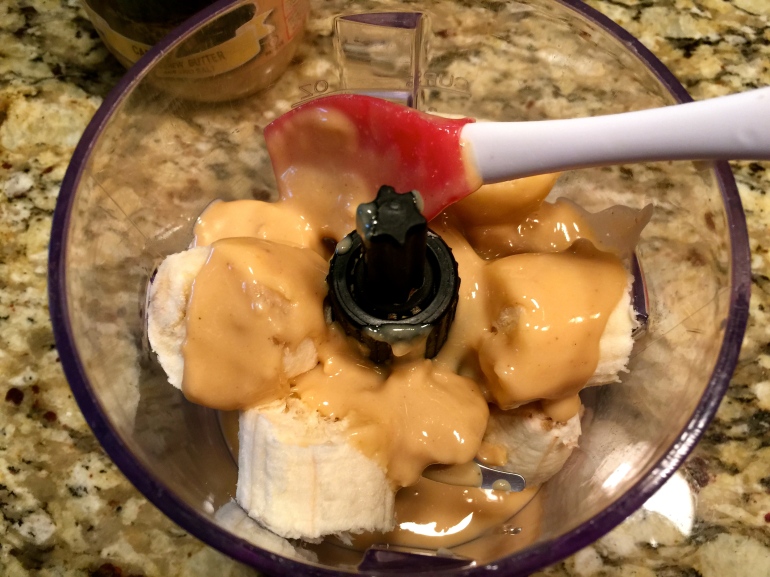 Once the oatmeal is ready, place about 1/2 of it in the processor with the banana and cashew butter.

Blend it all up.

Put oatmeal in a bowl, and top with this creamy, nutty mixture. Top with chocolate chips and buckwheat groats.

a pinch of salt

Put oats, chia seeds, cashew milk and salt in a pot. Place on stove on high heat, stirring frequently. Bring to a boil, and reduce heat so mixture continues to simmer. Continue to stir occasionally. Cook until liquid is absorbed. (About 10 minutes.) While oatmeal is cooking, place 1/2 banana, and cashew butter in a small blender cup or processor. I used my mini Ninja. Once oatmeal is cooked to desired thickness, place about 1/2 of the oatmeal in blender cup/processor. Blend. Place remaining oats in a bowl. Top with banana/cashew butter pudding. Sprinkle with chips and buckwheat groats.

And for today’s entertainment (and tonight’s eating) I give you Kouign-Amann! Logan’s GF Sarah made this when they visited last month. Today’s chilly temps encouraged me to give it a try. Lengthy process, but so worth it!#notcallingmyselfapastrychefyet
LOOK WHAT I MADE! Feeling all kinds of fancy. Made the poolish (yeah...it’s bread making terminology...check out the second picture) last night and completed the rest of the steps today. My house is smelling all kinds of wonderful. Learning so much about the process by reading Ken Forkish’s book Flour, Water, Salt, Yeast. Who knew there were so many different kinds of bread you could make from just 4 ingredients. #bread #breadmaking #allthecarbs
This is probably going to become a thing. I mean it’s that good. Avocado toast with sautéed mushrooms and a rather generous drizzle of buffalo sauce (because, well, it’s buffalo sauce). #avocadotoast #buffalosauceoneverything
Beyond grateful to have all three children along with their significance others here to bring in the new year!
%d bloggers like this: